I've spoken with the fine folks at Crossroad Press, and we have Unholy War release dates, at least for the ebook editions. Crossroad publishes a LOT of books, and they currently have a backlog, so the print editions will be out a few months after the ebook editions...once I have more exact dates, I'll let you know.

But in the meantime, Unholy War: The Gathering Storm is gonna be available July 28th, and Unholy War: Rage And Redemption will be released on August 24th...in less than two months, you'll have the whole epic tale in your (virtual) hands! And remember, even if you've read the original Unholy War a dozen times already, there's been a lot of streamlining of excess verbiage and a nice amount of new material added, including a brand-new opening scene in Rage And Redemption. My intrepid editor Nerine Dorman made me work HARD towards improving the duology, and I think you're gonna love the evolution it's undergone!

And now, for the moment I've been waiting for since I first saw the artwork last year...like "Love Is For Suckers," the artwork was done by the immensely talented Daniel S. Hugo, who was a joy to work with and totally nailed it. Behold... 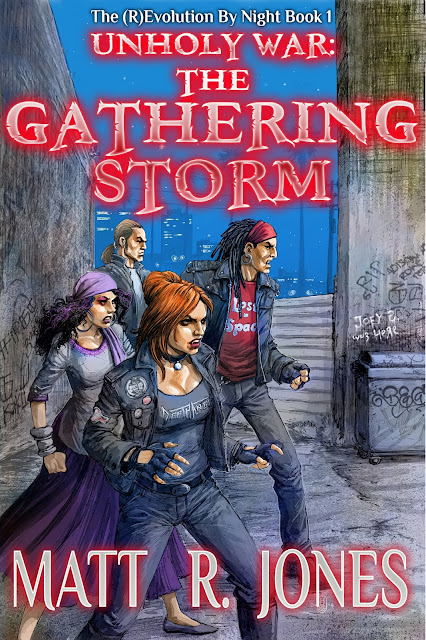 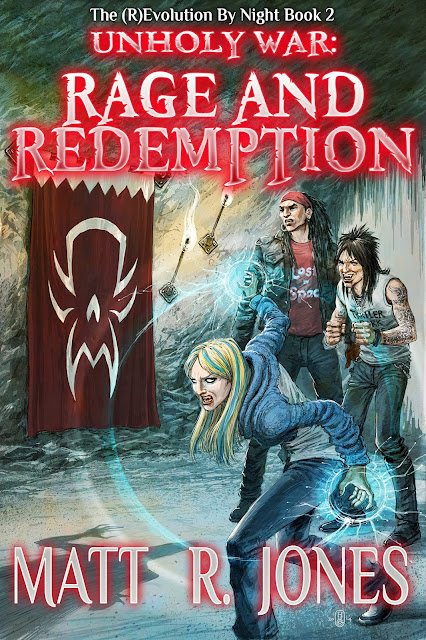 The wait's almost over, gang. Enjoy the pretty pictures...you'll be hearing a lot more from myself and the (R)Evolution By Night in the days and weeks to come. Thank you for reading, and thank you for believing.
Posted by Matt R. Jones at 1:00 PM