Tales From The Banks Of The Mighty Mutagenic, Part 3 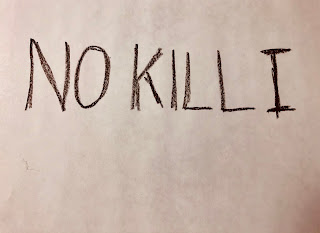 So things start to get weird today. Or weirder, I guess.


Last week's installment left us with an irreverent autopsy and a professorial kidnapping, and today's installment brings us a necronaut, diplomacy in action, deceptions abound, and quite possibly the worst insult you can hurl at a vampire. Why that insult is so bad, I have no idea, but never say it to a vampire, apparently!

While Tommy attempts to build bridges of understanding with his captors, with varying levels of fear and success, Donita and Katheryne hatch a plan to make use of Dorian's much-maligned Rob Platypus costume, effectively sending the kind-hearted vampire into the figurative belly of the beast. Not necessarily the greatest idea, but it's all they have with their limited resources, and as matters play out, it turns out the best way to sell a deception is with a fistfight. Thankfully, it never takes long for matters with vampires to devolve into screaming matches and thrown punches, so they're well-suited for this!

Read on to find out that and witness other oddball antics in this week's installment of Tales From The Banks Of The Mighty Mutagenic!

Tales From The Banks Of The Mighty Mutagenic, Part 3